The right kind of snow 1 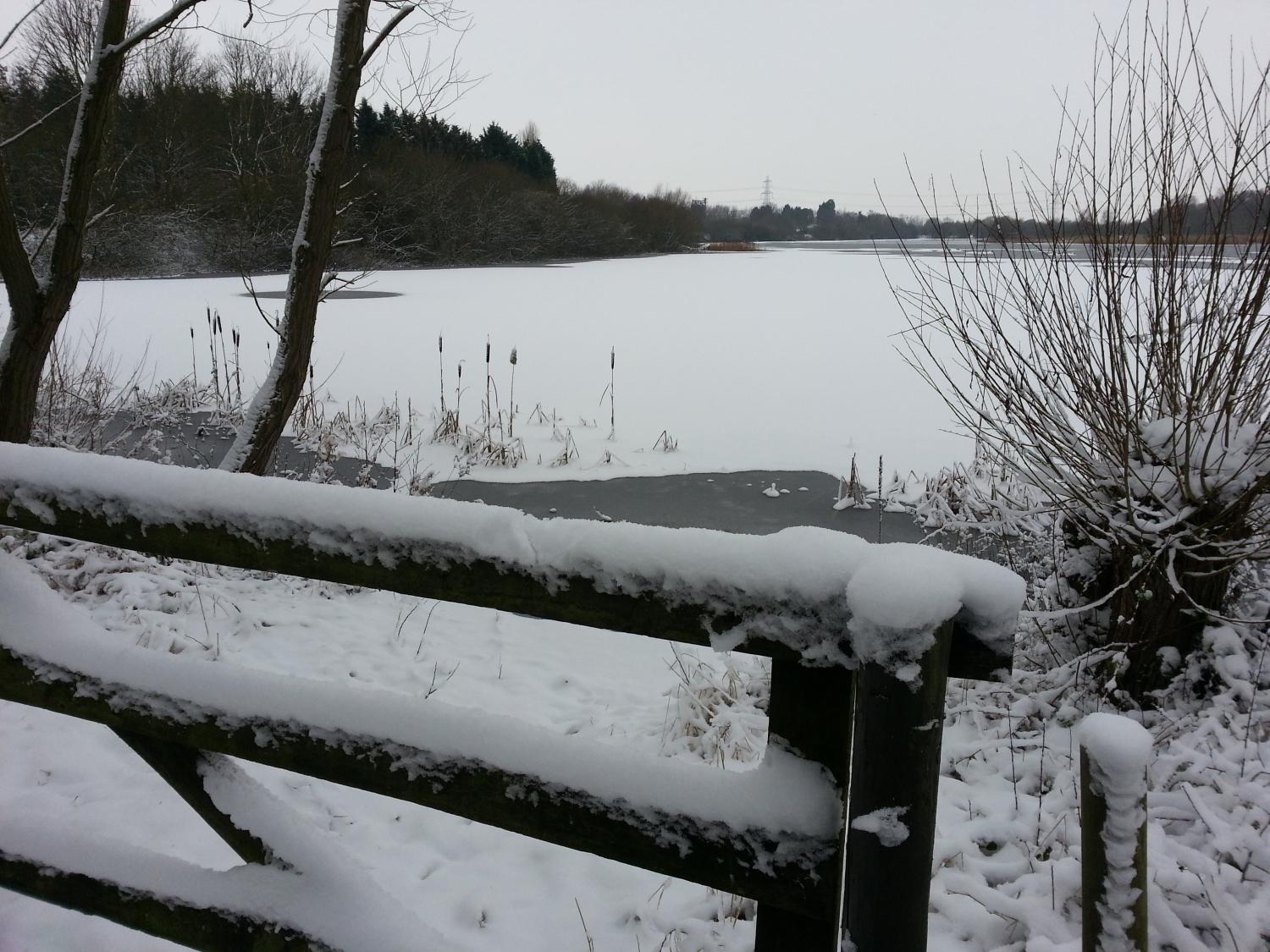 It’s not very often we get the right kind of snow in this country. You know the sort, penny sized falling deep settling crystals grinding everything to a halt for days and the schools all close and kids celebrate and go out to play snowballs and sledging and come home cold, wet and exhausted to consume gallons of hot chocolate with buttery crumpets huddled around the open fire.

This year there was promise but the first flake flurry came merely as a token gesture. Grey skies arrived and folk left work early on Friday to avoid the “worst of it”. Travel warnings intermingled with announcements of thirty thousand homes without power in Wales confirmed our suspicions. We were in for a goodun.

No fresh snow came on the Saturday but there was enough on the ground to go sledging on West Common. Walking on the road, cleared by the gritters, was easier than walking on the pavement. It took me a lot longer to get to the Prince to meet Ian than it normally would but I was warm enough. I was dressed for the worst. The forecast was still for snow.

The snow didn’t come. It was cold out but the house was warm as toast. I had stocked up with coal on my way home from work and was up before dawn cleaning out the grate and setting the fire. It felt like a man’s job but I knew that in years gone by it would have been done by the woman of the house. The caustic smell of the ash made me cough and reminded me of my grandfather who was a miner and who died before I was born. Seeing the fire relight from the heat of the coals left overnight was quite satisfying.

I sit here now, still waiting for the snow. It is still promised and for the kids there remains the hope of no school tomorrow. Cold noses and frozen hands are eagerly anticipated. In an ideal world it should be the right kind of snow but in practice we’ll take any kind. Crumpets ahoy!

Posted on January 20th, by Trefor Davies in chinks, prose.
No Comments
1
Tweet