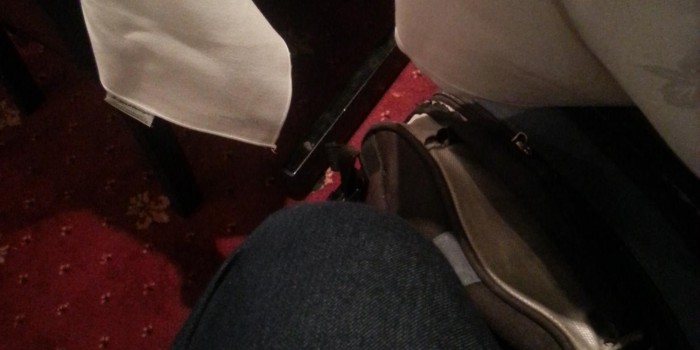 I looked down at her as she spoke and said “morning” cheerfully back but didn’t break my stride and carried on past her into Leicester Square underground station. What was her story? It was a very cold morning to be sat on the pavement. Why wasn’t she at home with her family? Was she on drugs? Her lips looked thin and blue.

I sat at a table on the train. It was only after I had taken off my coat and unpacked my laptop that I noticed his face. His left side seemed to have some sort of growth. It wasn’t totally clear what was wrong. Was it something he was born with? Did he have a cancer?

Mixed emotions struck. I wanted to look more but didn’t want him to see me looking. Pity, revulsion, discomfort, embarrassment.  There was nothing wrong with him other than that disfigurement and it seemed to me totally unreasonable that I had those thoughts. I wanted to know the whole story though it was none of my business. I also regretted sitting there but by the time I had sat down it was too late. I was committed.

Man with metal frame on head

He had a metal frame on his head. Curious. I only saw him for seconds and then he walked off out of view. I wonder what his voice sounds like. What’s his favourite food? Is he an Aston Villa football fan? So many things about him I don’t know. All I can say is that he was probably in his late fifties, I would think.

Posted on January 25th, by Trefor Davies in thoughts.
No Comments
0
Tweet