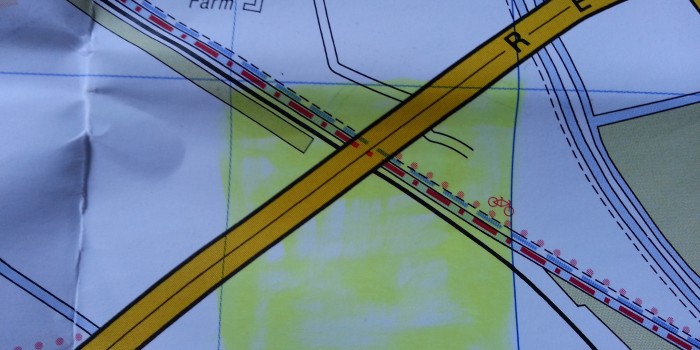 It all started when us Romans built the Fossdyke. That was the old navigation between Lincoln and the river Trent. It was revolutionary in its day. Represented a dramatic cut in travel time and had a huge effect on trade. You could feel it in the streets around you on your way to the Temple of Minerva. Lincoln was a vibrant place in those days. Plenty of bars and cafes. You could even get wine from Rome and not have to depend on the sweet muck the locals around here liked.

The original Foss Way didn’t go through G8. It wasn’t G8 in those days either. It wasn’t anything really. We didn’t need maps. There weren’t all that many roads and usually you knew which one you needed. It was easy enough to ask if you got lost. If you want to see the original Foss Way it is still there on B21, K16 and L16. Take a look.

The Foss Way got called the A46 some time ago. Could well have been when they started drawing up these maps. I suppose they must have had their reasons. The new road would have been built fairly recently. Progress eh? The old one was good enough for us if you ask me.

Sometime before that they built the railway. Now that did cause a stir and a half. Objections everywhere. We didn’t have that problem when we dug the Fossdyke. Who was going to argue? None of this planning permission nonsense that gets in the way of progress, slows down the economic development of a place. No no no.

I was one of those objecting to the railway. After they built it I changed my tune. Marvellous it was. You could get to Newark or Retford in half an hour. Used to be a day’s march. Wow. If we’d have had it in Lindum Colonia we could have got to Newark on the train and spent the rest of the day playing cards or dice or whatever we used to do in those days.

I especially liked the old steam trains. They had character. Not like the modern diesels they have these days. Ok I know the diesels are more practical but the day that steam came to an end we lost something. Change isn’t always for the good. Choo choo.

Posted on February 20th, by Trefor Davies in A 2 Z, prose.
No Comments
0
Tweet