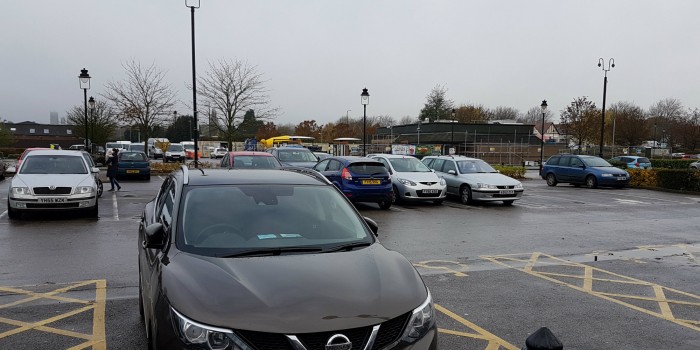 and the cost of a loaf of bread

In between I threw together some flour, yeast, salt, butter and water and made a white loaf. Single rise in the tin. My knocking back efforts have not resulted in an adequate second rise so I thought I’d bypass that bit. It was based on reading about other people’s efforts on tinterweb so it wasn’t without forethought. It’s still down to the yeast I think. This single rise loaf got an extra amount of initial kneading to maximise the distribution of yeast which is why typically they suggest a second knead and proving. Seems to have come out ok.  Now bought sachets of dried yeast and will see how that works.

Swim this morning and then swung by Lidl to pick up some basics. Porridge, bog roll, yeast. You know, every day standard stuff. Yeast was 59p for 8 sachets. That’s 7.4p per loaf. Flour is 75p for 1.5Kg from Aldi (based on some comparison website) which is 25p per loaf. Call it 5 pence worth of butter and you have a loaf of bread for 37 pence. Plus energy obvs but I’m not about to try and work that bit out. Let’s say you bake three loaves a week. That’s around £1.10 for freshly baked bread for the entire family for a week. Depending on the size of the fam obvs.

Featured image is the car park at the Carlton Centre  just outside Lidl where I went to buy the yeast. It is a very mundane image. To the right may be seen the building that was formerly a McDonalds but which is now being refurbished. Maybe a newer better MaccyDs?;) Then on the left you can just make out the shadowy form of Lincoln Cathedral. Voila.

Trefor Davies ok how about who can get the highest scrabble score ? 🙂

Trefor Davies how many points would that get you? assume no double or triple words and letters 🙂

Ma Zipan according to this calculator online it’s 12. I’m changing my word to ‘knights’ instead, it gets me 15 😀

Trefor Davies hang on it’s not your go 🙂

Trefor Davies this does suggest we need to firm up on the rules here because you have used one letter more than once despite the fact that it only appear once on the partial keyboard. However I can’t be bothered so keep them coming 🙂

Ma Zipan Haha, I didn’t realise only once. If that is the case then stick with one of the others. You can actually make lots of words from there but I haven’t found one to beat heightened yet

Jennifer Spencer Okay, but heightened has ten letters. By scrabble rules the highest score i see is knights.

Ma Zipan I used a scrabble calculator online but I wouldn’t have a clue if it’s accurate or not. Whichever is actually correct can be my answer…lol

Trefor Davies Jennifer is right. In a real game there could be other letters already in place to reuse but not in ours (not that there are any rules remember)

Jennifer Spencer Okay with no rules does that mean letters can be used more than once, like an attenuated typewriter?

Trefor Davies I don’t know. I need someone to step in at this stage to run the game. I’m just a concept guy 🙂

Rob Mitchelmore “regicide is my thing”

Steven Poulton This is the end

Trefor Davies I have checked this and can confirm that it only uses letters visible in the image. Clearly it uses letters more than once but it is a mould breaking entry and merits the rules being modified to make it acceptable. Not that there were any rules.

Eileen Gallagher This feels like a FB version of Mornington Crescent

Trefor Davies we can only dream…

Jennifer Spencer Harder to play mornington crescent here than you would think. Seven Kings is okay.

Eleanor Rose Bland I am now quite disturbed that I even came up with that!!!

Posted on November 22nd, by Trefor Davies in chinks.
No Comments
diary
0
Tweet