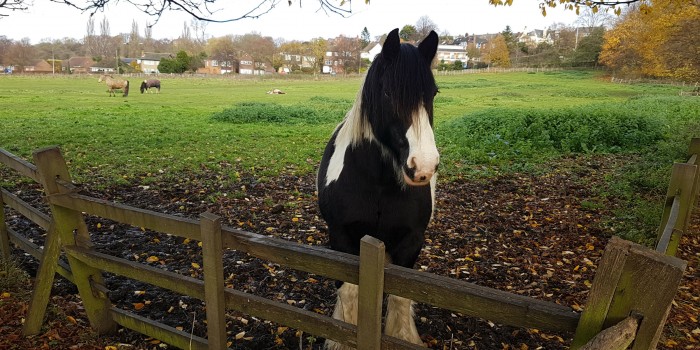 this horse is dead

How many people do you know take a bath at 2.30pm on a Thursday? I know one. Me. A nice so hot it’s just about bearable bath with bubbles, jazz and a cursory attempt to read a page or two of a book.

Got home cream crackered after a 10.68 mile walk with Adie. Redid one of my C2C practice walks to Burton village, down to Burton Waters and along the towpath back to Lincoln. To think that some of the days on the C2C were twice as long makes me realise how tough it was.

Lunch at the Pyewipe. £35 for teas, lime and sodas and a couple of gammon and chipses. Quite expensive I thought for what you get. I’m going to leave a 3* trip advisor rating. It’s a popular pub along the towpath and they get a lot of punters there in the summer and at weekends. I think they are piling it high and selling not cheap. I guess if the punters keep coming it’s right for the many.

Saw what appeared to be a dead horse on West Common as we got back into Lincoln. Wonder how long it will take for the owners to find out. It’s on the ground behind the horse in the featured image. You can zoom in if you click on the pic.

Now sat in the TV room tapping away a bit of light jazz floating down the stairs. It’s odd that I should say the jazz was light yet floated down the stairs. You would think that it would float upwards, being light. Heavy metal might float down. In fact heavy metal would probably cascade violently down the stairs reverberating off the banisters.

Outside it has grown dark and I’ve drawn one curtain. Can’t reach the other. I’d have to get up:) Need some extending device with a pincer job at the end. Unhooking the wrap thing (whatever it’s called) might be an issue but I’m not here to solve every problem.

Went to pick John up at the Cathedral after his sax leçon. Note the c with cedilla. Quite liked that one. Anyway went to pick up John and the traffic was terrible. Wosgoinon? That was heading down Greetwell Gate towards the cathedral. Since they started messing about with the town centre and closing off roads whilst works are being done it’s reallie messed up the traffique.

Now back and watching some NFL action whilst waiting for the fish pie. I like a bit of fish pie. Me. Not watched American Football for years. Yoks even. Anne is off out to church tonight for some craft work with the old folks Not quite sure what the deal is. She does this sort of thing.

Posted on November 24th, by Trefor Davies in chinks.
No Comments
0
Tweet