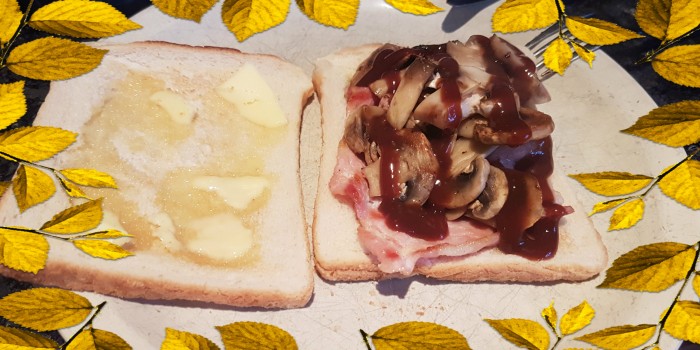 A day to go. Christmas Eve. Has a good ring to it. Christmas Eve. Kids everywhere will be getting excited. In our house the excitement levels used to reach fever pitch. Traditionally Christmas Eve was always the easiest day to get them to bed early. Except the one year that one of them, who shall remain nameless, refused to go to sleep in case they woke up in the night to go to the loo and bumped into Santa.

Then there was the year I bought a TV for the first time. The kids were all in our room. John was first downstairs and came running back shouting “there’s a TV in the front room”. Tom would have been 13. We watched it with a poxy internal aerial that day as we didn’t have a proper TV antenna on the chimney outside.

The year we bought the kids a trampoline was a challenge. Anne took them out for a walk whilst dad and I assembled it in the garden. Was a miracle that none of them saw it afterwards. We had shut all the curtains at the back of the house and it does get dark very early at this time of year.

These were all presents we bought over and above those delivered by Santa of course.

I’m not particularly excited right this moment. It’s before six am. I was awake so thought I’d come downstairs. It has got to the point where nobody particularly wants to rush to get up early on Christmas Day itself. A lie in is the more attractive option. There’s an element of this being down to a late night on Christmas Eve.

Before we had kids, and certainly as a single lad in the Isle of Man, it would always be a bit of a night out on Christmas Eve. We might even find a party somewhere, although who on earth would want to have to sort out their house after a party on Christmas Eve.

Then it became an early start with visits to the Morning Star for early doors. The pub would quickly fill up and the atmosphere was great. Lots of people coming home for Christmas and visiting their old haunt. We always had something pre prepared for dinner that night to make life easier for ourselves. Tonight Joe and Tom are cooking chicken fajitas. I’m assuming Joe made it back ok from his open mike stint at the Joiners Arms. The curtains have been drawn across the front door which is usually the sign.

Tom arrived at around 9.15 last night. He came on the direct train from London and is the last of the family to arrive. They had a bit of bad news at the flat in London. Burgled. Broken into at least because the burglar gained entry but didn’t take anything. Odd. Even unwrapped a present that Hannah had left for Ben but didn’t take it. There will be fingerprints all over the place. What they didn’t bank on was that Tom, Hannah and Ben are only early on in their working careers and don’t have much cash. Nobody had left a laptop and for some reason they left Tom’s camera. I guess they are after specific items they know will be easily shifted. In a pub maybe. Not a pleasant incident but one that could have ended up a lot worse.

We were burgled here a couple of years ago and as a result have put in cctv and upgraded the alarms system.

Not much to do today. Most of the shopping has been finished. Hannah has as usual wrapped my presents to Anne. Worrawonderfuldaughter. There will inevitably be some things we need to get. I know we are short on olive oil and loo roll. We could live without the former… Probably need to get bread as well and Joe and Tom need some ingreeds for tonight. There you go. A new word. Official. Ingreeds. Its an abbreviation we use at home. I can’t believe nobody else uses it as well. So it might as well become an established word. All it needs now is for the OED to pick it up.

It is now 06.26. Normally I’d stop here and go and make the tea. However today I don’t sense any pressure to do this. We can have a bit of a lie in and get up when the body tells us it is time. This is totally apart from the fact that I am already up but I will be going back to bed for a cuddle. My reward for making the tea. It’s the best part of the day, the early morning cuddle. News on the wireless.

It’s a funny thing, having the news on. I totally switch off listening if the article is something I have no interest in. Then Anne might comment about it and I will have no idea what she is talking about despite my ear being two feet away from the radio. Less probably.

We could do with a new bedside radio. One with preset volume levels. If Anne is doing something in the bedroom during the day she ramps up the volume. This volume will be too much for the early morning and so I find myself twiddling the dial to get it down to an acceptable level. However this is an imprecise art, finding the right volume. What we need is a preset. A button I can press to toggle the volumes. I doubt such a feature exists on any radio. It’s a bit niche. Maybe I’ll take a skeet around the sales and see what’s out there.

Took a quick look but there is nothing obvious. I think you have to go to a store to see a range of devices to see what they can do. What I did note was that Amazon Prime deliveries are now quoting December 27th as delivery dates. That’s a “3 day next day” delivery. Totally understandable but interesting nonetheless. Delivery drives deserve the time off 🙂

The Christmas cards have been flooding in. Not sure whether that’s the appropriate metaphor but it’s what you got. One from an old school friend said he’s taken voluntary redundancy. It’s amazing how many people of my age have been leaving their jobs. Looking for something new. Did it meself really three years ago now. Strange thing is I’m starting to do more work than I’ve done for a while but hey, you gotta go with the flow and it’s all good stuff.

Off to make the tea now. Ciao bella.

Jobs to do today (in no particular order)

Get veg out for peeling –  delegate the actual peeling

Firm up on timings for tomorrow’s food prep

Make sure drinks that need to be chilled are in fridge

Pick up dad and sue

Make sure we have enough kindling brought in from woodpile

Storm Barbara shook the trees on us a little yesterday and moved on. Now they are talking about storm Connor moving in on boxing day.

A simple toasted bacon and mushroom sandwich with HP sauce (obvs) for breakfast cooked on the George Foreman grill to let the crap drip off. Second cup of tea and a glass of semi skimmed milk to accompany. The good things in life. I have some Fosters dry cured back bacon for tomorrow. Better than Curtis’ tbh and the latter is a specialist pork butcher.

“Dad I don’t want a bike for Christmas any more. Why not son? I just found one behind the wardrobe.” 🙂 The old ones are always the best.

The fire is lit, the last shopping list has been compiled, dad has been retrieved from the Lincoln hotel and I’m just waiting for Hannah to get dressed. In the meantime I have an idea for another post. How to hang a toilet roll. Toilet rolls are on the shopping list.

Couple of sonos play 1s have just arrived thanks to Amazon Prime. Ordered them yesterday when one of the kids mentioned that he was fed up with moving the play 5 from room to room. Quite right. One is going in the kitchen and one in the bathroom. Anne isn’t totally sure about this but it will be fine.

PS the featured image is my seasonal take on breakfast.

Posted on December 24th, by Trefor Davies in chinks.
No Comments
diary
0
Tweet