hang on I got a customer

So I said to him nah nah nah mate you got it all wrong. It was Nietzsche, it was Nietzsche wot said “Without music, life would be a mistake”. Not Nick Grimshaw. Ee must have been quoting Nietzsche. An anyway I’m still not coming wiv ya to Glastonbury. How dya think I can afford a ticket for Glastonbury wiv this job. I’d have to sell a lot of ice creams. I know I know I do like Adele. I think she’s great but do I really want to wade around in all that mud to get a glimpse of er. Nah nah nah mate. I’ll see you dahn the Crazy Parrot on Friday night if I can persuade the girls to come along.

I know, unbelievable innit? How they have the bare faced cheek to try it on.

So how’s that book coming along. Annals of Confucius. Yea that one. I thought it was a good read. Inspiring. Made me fink anyway. “Choose a job you love and you will never have to work a day in your life”.

Livin in cloud cuckoo land mind you. Snot as easy as that is it? Dya think I’m working in an ice cream van for the love of the job. The travel bit and the getting to meet people is all very well but it’s not quite what I had in mind when I left school. An it’s a real struggle to keep the weight off. I don’t want to have to go buying new clothes all of the time. On these wages!

Yeis yeis I am coming round to yours on Sunday. It’s my day off. He wants me to do some overtime but I’m not going to. He can find someone else to do it. I got to have a life you know I told im. E doesn’t like it but hard luck. I’ve been looking forward to havin a good natter. Specially when we are both readin the same book.

Nah I can’t do Tuesday. We’ve got to go and see my uncle Steve. He’s not been very well and mum wants to take some stuff round to his. Grapes and that kind of fing. She’s knitted him a scarf as well. I told her Uncle Steve must have loads of scarves. He’s a Chelsea fan. She wouldn’t have it. Took her weeks to knit the thing. It’s not even the right colour but she said he doesn’t have to wear it to a match. He doesn’t go that often anymore. Not since he had the problem. Anyway we’re going Tuesday night. Yea yea yea I know but you can’t tell em.

How’s Darren? Oo is he? Did he? That’s very good then. What are you going to wear? Oh yes you look great in that dress. You can wear the gold earrings he gave you last year for Christmas. And those red heels. Phoar. I can just see you now.

Hang on I’ve got a customer…

A middle aged woman in a red anorak grasped the handrail and peered worriedly into the empty depths, her inner turmoil etched all over her face. As I swung my black bag into the skip marked ‘Household Waste’ she turned and, with an anguished voice, confided to me. “I just can’t do it…. I’m superstitious”. Walking off, she left the intact mirror and the seven years’ bad luck by the side of the skip for someone else to deal with. 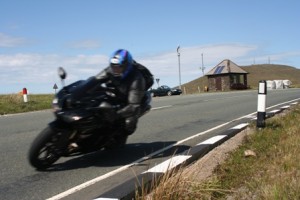 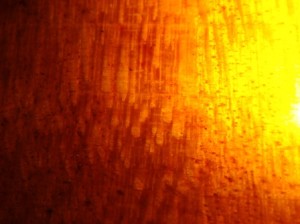 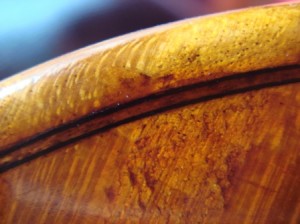 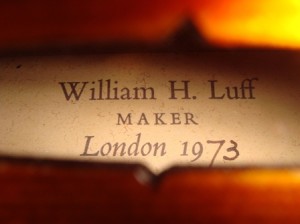 The drip is no more – it has ceased to be.
No more sleepless nights for me.

But the drip is no more. It is an ex drip.

It rained last night. I held my breath….. nothing !
The guttering’s fixed.

The drip is no more. Will I be able to get to sleep without it ?

Once upon a time there was a friendly gargoyle who never had a cross word for anyone and always had a wide smile. His one failing was a habit of spitting, and, because of this, Gordon the gargoyle was never spoken to by anyone except the very youngest of children who didn’t realise that spitting was a nasty, unsociable habit. Then one day a grown up who, up until then, everyone had thought was a responsible person decided to switch off the water supply to save money for the city council and so that he could go on a courtesy visit to their twin city which was in a foreign country many miles away over the sea. All at once many more grown ups decided that they hadn’t minded Gordon’s spitting and if anything they actually liked him doing it (although just because they wanted Gordon to do it didn’t mean that they thought it was OK for all the boys and girls to do it). They kicked up an enormous fuss and paraded in front of the city hall until the grown up responsible for turning off the water relented (he was the mayor by the way) and to everyone’s joy turned it back on.

For a short while people made a special effort to go go and see Gordon gargoyling, but very soon all the hoo hah was forgotten and everything went back to normal. The only people who would talk to him were the children, but Gordon didn’t really mind this, after all he quite liked the boys and girls.

The Canton cockerel stopped crowing some time ago. A shame really because I enjoyed hearing the sound. Perhaps someone who lived closer to it got a bit fed up though. Or maybe the urban foxes found it. But yesterday was a great day. Yesterday was the day the blackbirds came back into my life. They’ve been largely missing since I moved away from Balham. I used to be able to open the windows at the back of the flat and listen to the evening conversations of the blackbirds across the myriad Balham back gardens. Beautiful. And now they’ve found my garden in Canton. Let’s hope they don’t get chased away by the territorial magpie or either of the two cats who periodically fight over the privilege of sitting on my decking.

Walking back from doing my civic duty this morning I passed a chap struggling, one-handed, to manipulate a large wheelie bin along the pavement. In his other hand was a mobile phone, clamped to his ear.

It made me smile 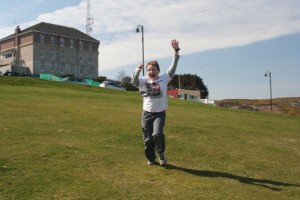 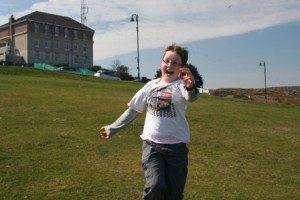 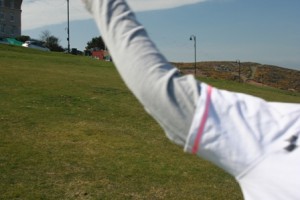 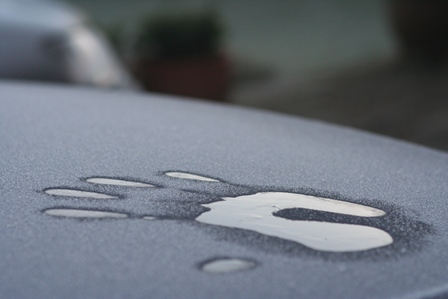 Looking north from the top of Slieau Ruy. 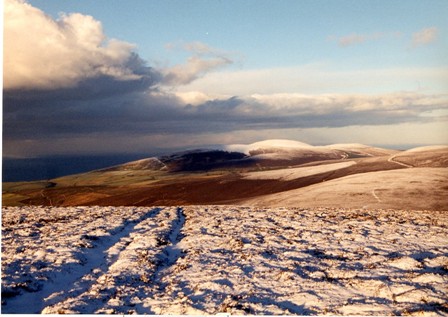 That place between sleep and full consciousness is a lovely one to savour. The dream hasn’t yet been forgotten and the usual neighbourhood morning activity outside is only starting to become apparent. Car doors slamming, engines starting up, rubbish vans reversing far too quickly up the one-way street beeping as they go, the odd bird jumping about on the slates above my head. This morning there was a cockerel. It wasn’t part of the dream, it was a proper, real, cockerel with as good a cock-a-doodle-doo as they get. I wonder if Cardiff City council are re-introducing them in an attempt to bring nature back to the inner city. Or perhaps it’s just another installation by the local art centre. Either way, it was good to hear. If it’s still there in six months in can add its voice to all the other birds (mostly seagulls) that wake me up at 4am every day. 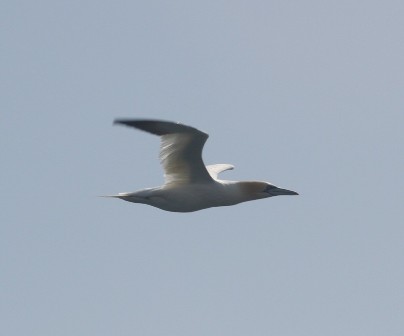 Gannets and fulmars over
St Kilda. Pigeons on
Nelson’s Column.

If your room goes away again, there’s a spare here. 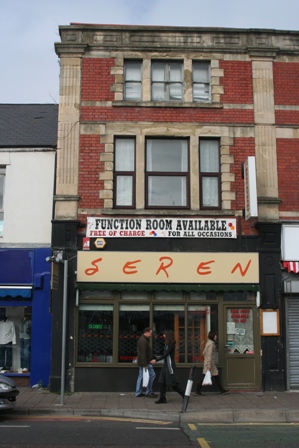